The article that follows was on the front page of Petroleum News, an industry newspaper published in Alaska and distributed in several cities in the Lower 48. It was written by Editor and Publisher, Kay Cashman, an accomplished writer and editor, and has already been picked up in newspapers as far away as Fairfield, Montana (Fairfield Sun Times). It is titled, “Move over Clive Cussler, Make room for Craig Bieber”, and begins… Read full article here.

The 2016 Tucson Festival of Books has come and gone.  It was a great event, and estimated attendance this year was around 130,00 book enthusiasts.  With 350 or so authors there, it is difficult to get much individual attention, and to generate a lot of book sales.  As before when I attended, the best part of the festival is the contacts I make and the and the fact that my name gets out there.  In a few short years, the Tucson Festival of Books has become the 4th largest book festival in the US..

1/21/2017.  I am once again on the list to be part of the Tucson Festival of Books.  As long as I am relegated to be one of hundreds of writers squeezed into small tents with 3 or 4 other writers, I am not going to do the festival again.

Use the following link to get additional information about the Tucson Festival of Books.

LINK to 2016 Tucson Festival of Books

Saylor’s Triangle, and The Permanent Plan are my first two books.  With the success of Moon Over The Midnight Sun, and the frequently acknowledged quality of it, I decided to do an edit on the first two books to make them comparable.  I didn’t change the stories, I just fixed minor punctuation errors, eliminated or changed some words, cleaned up my use of subordinating conjunctions, and literally only re-wrote a half dozen paragraphs.   The end result is they are two very polished books.  I simply wanted to feel very proud of all three of my books.

The interesting part of this process for me, which was a time consuming, line by line, page by page perusal of both books, was I finished very satisfied with the stories.  For me, the stories are at least equal to the story in Moon Over The Midnight Sun.  People who have only read my last book are now going back and buying my first two books, and I wanted them to be as close to perfect as I could get them.

Having the beginning of a small library of work is a lot more fun than having just one or two books.  With the release of Moon Over The Midnight Sun in August of 2015, I can now fill a table with books for book events.  When readers can see the progression of Alaska mystery and adventure stories, it rekindles an interest in the first two books.  Moon Over The Midnight Sun is generating a great number of very positive comments from readers, and leading to more sales of Saylor’s Triangle and The Permanent Plan.  It also generates a lot of great conversations with readers who have read one or both of my earlier books.

A common element in the feedback I received from readers of my first book, Saylor’s Triangle, was they thought it would make a great movie. Even though I was naive to the mechanics of screenwriting, I decided I would write the screenplay myself.

I purchased two books about screenwriting and bought a software program to facilitate the process. In addition, I followed advice from one of the books and purchased a screenplay with similar elements to the story in Saylor’s Triangle in it…adult situations, mystery, action, and adventure.  I bought, The General’s Daughter, co-written by award-winning writer, William Goldman. END_OF_DOCUMENT_TOKEN_TO_BE_REPLACED 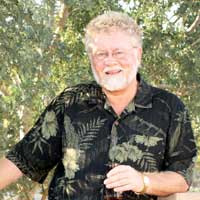 I am excited to introduce my updated website and blog that will enable me to keep readers informed about what is going on with Saylor’s Triangle, The Permanent Plan, and Moon Over The Midnight Sun.

This website and blog will allow readers to contact me, and get information on new developments related to my writing.  It will also give you links to other great writers and writer’s resources.

Please use the Contact Craig page for your questions and .